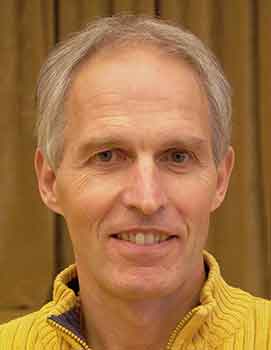 Lama Tashi Andreas, born in 1955, has been studying and practicing since 1982 the path to awakening in the Karma Kagyu lineage. After his education as a teacher was completed he participated in the Buddhist community of the village Bordo in Northern Italy, after which he lived in Dhagpo Kundrol Ling in France as a monk. Lama Tashi did two 3-year retreats and took care of the physical well-being of his teacher Gendun Rinpoche who appointed him as a Lama in 1994.

Lama Tashi, appointed by Shamar Rinpoche as a Bodhi Path teacher in 2011, is living in the Bodhi Path center Rostock together with his partner and teaches there as well as in other Buddhist centers.