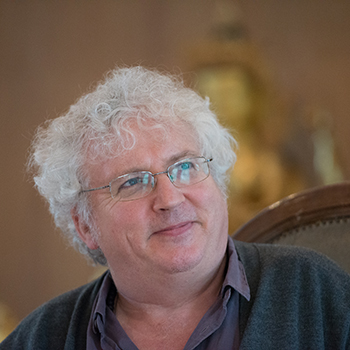 Lama Jampa Thaye is a scholar and meditation master, educated in the Sakya as well as in the Karma Kagyu tradition. He was appointed a Lama by his two main teachers Karma Thinley Rinpoche and HH Sakya Trizin and has been teaching since 1988.

In 1974 already he was called up to the Karma Kagyu Trust in the United Kingdom by HH, the 16th Gyalwa Karmapa and for many years he is one of the lecturers of the Karmapa International Buddhist Institute in New-Delhi.