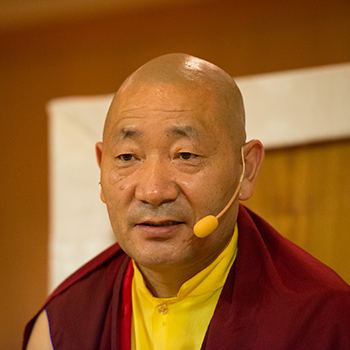 After having passed numerous years in retreat, Lama Nygyam lived in Shamar Rinpoche’s Swayambhu monastery in Nepal. Shamar Rinpoche then selected him along with eight other practitioners to carry out a ten-year Mahamudra meditation retreat, at the conclusion of which he began to direct the three-year retreat center in Parping, Nepal. At present, Lama Nygyam holds the main responsibility as retreat master of the retreat centers in Shar Minub and in Pharping.